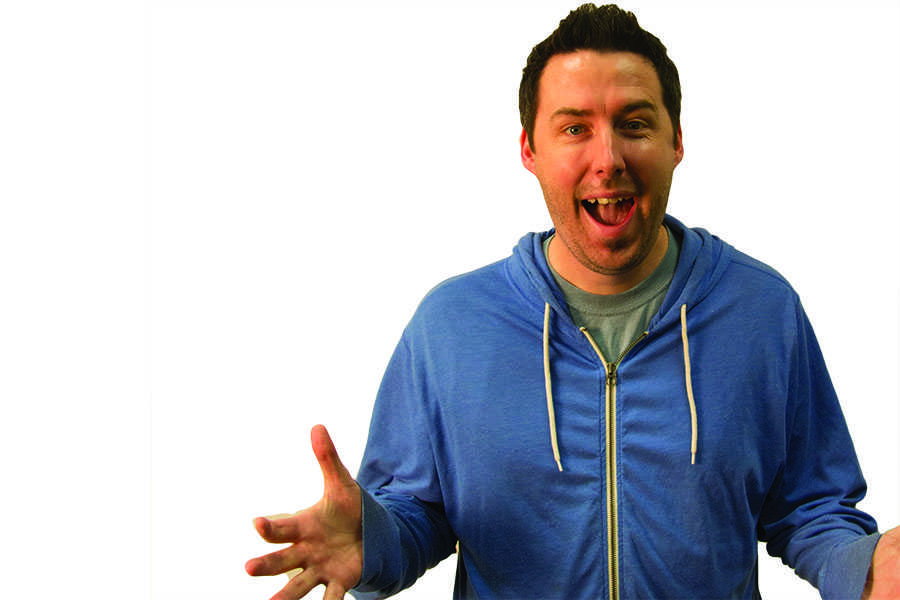 Social Studies teacher Matt Frost feels that as a teacher it is his duty not only to teach a subject, but to teach life skills that students will use even after high school.

“It’s my responsibility to be an example,” Frost said, “to teach people what I think is worth teaching, to help direct and guide people, teach them how to make good decisions. That way when they leave and I don’t see them anymore, hopefully that goes with them.”

Junior Adam Gowen appreciates Frost’s example and has learned from it.

“He’s inspired me more or less to be an ethically straight individual,” Gowen said. “Not really that I was unethical before, but he really set a good example of a man that most people would like to be in the future.”

As well as leading by example, Frost also wants his to students to see him for who he is.

“I try to be honest,” Frost said. “I try to live the same life here that I do at home, and anywhere else. I think people appreciate that, I think that’s the reason why people will follow anyone or look up to somebody is if they know they are genuine and honest.”

Even on social media, such as Twitter, Frost remains himself. He believes that using social media for communication is useful because it is a common connecting point for all people.

“I think as far as technology goes,” Frost said, “I think it’s important to use because that’s where our world is and that’s where it’s headed and that’s where [the student’s] generation is, so if I have something that I feel is beneficial, or funny, or whatever it is, why wouldn’t I take it to a medium where everyone is anyway?”

Frost’s utilization of social media has perfected his communication skills; one of which is realizing when someone has a problem.

“I have the ability to recognize early when people need something,” Frost said. “When people need help, when they need advice, not necessarily that they always want it, and if not from me I feel like I do a pretty good job of directing them to the right people.”

Frost believes that the best teachers are those who can make information relevant to the students and their lives.

“I always tell people that if a teacher knows one thing,” Frost said, “and they trust him, and he can teach them that one thing, then they’re a better teacher than somebody who knows a million things but they don’t listen, and I think the best way to get kids to listen, to get anybody to listen, is to teach them about things that matter, and to give them advice on things that matter.”

Junior Grace Miller claims that Frost’s students are often affected more by his advice than the content they learn in class because the advice is more relevant to the students.

“I would probably say a lot of people would agree with me that he’s more successful at teaching life lessons than the other things,” Miller said, “but I think that’s what’s more important anyway … The thing that won’t stick out is what happened a long time ago in history; it’s something that you can apply tomorrow when you’re talking to someone, or when a certain situation happens you’ll know what to do if you listen to the little life lessons that he puts in there.”

Gowen agrees that Frost is successful at incorporating life lessons into his teaching.

“… Not only do you get what’s important to learn in whatever class you may be taking,” Gowen said, “but he also somehow weaves in ways to improve yourself as a person.”

When giving advice Frost focuses on impacting individuals by forming strong relationships with them.

Miller is one of the students whom Frost has greatly influenced.

“He has definitely made me a better person,” Miller said. “He’s encouraged me to learn a lot more, and really … be more responsible I would say with my decisions, and he’s really pushed me to try and be more of a role model for other people, and … to reach my potential as a person.”

Miller’s development is an example of what Frost hopes to achieve as a teacher. His biggest concern is helping his students develop into good-natured people.

“I think my goal is to help people make it a habit to make good decisions,” he said, “and to improve themselves and their situations, and to reach out when I feel like somebody is lost, or encourage people when I feel they need it, and to teach them whatever it is I’m supposed to be teaching them.”

Occasionally Frost will connect with some classes better than others, but he always wants his impact to be positive.

“It changes from year to year and from semester to semester,” Frost said. “You know some years I have classes or groups of students that I am really close with and feel like I have a pretty large impact on and other years it’s not as much. My position is to teach kids, hopefully, how to be happier.”

His hope to instill happiness into his students lives has not been unsuccessful.

“… The best advice he has given me,” Gowen said, “Is just to do what you want without really caring about what other people think of it, and just do what makes you happy.”

Miller also believes that Frost has shown his student’s how to be less judgemental.

“… Be nice to everyone,” Miller said, “That’s the biggest thing he’s told me that’s really helped me out and made a difference because you don’t know what they’re going through.”

Frost hopes his impact on the students goes with them throughout their lives.