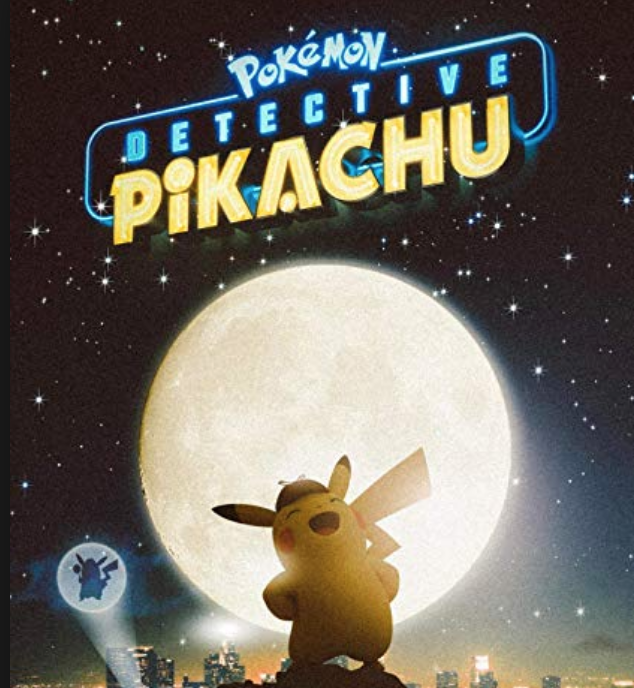 Every year, there is a definitive movie seen as the start to summer. It always comes out in May, it is almost always an action or comedy film (however, superhero movies have been taking over this slot), and it is more often than not met with  mediocre reviews from critics and flattering reviews from audiences.

That isn’t meant to say that there aren’t  a few exceptions. Last year, it was Deadpool 2; the year before, it was Guardians of the Galaxy Vol 2; and this year the spot goes to Detective Pikachu. I would not call myself a fan of the Pokemon franchise—I had to google half of the Pokemon referenced in this article, but was intrigued by the prospect of this film. Nintendo hasn’t made a live action film since their atrocious Super Mario Bros back in 1993, and while Detective Pikachu is certainly better than that film, it still isn’t fantastic.

Now, the best part of this film is very odd, but I just loved when it got so needlessly dark and mature. The one scene that actually made me laugh out loud was when Pikachu and the human character, Tim, are questioning Mr. Mime, a Pokemon who doesn’t speak, forcing him to mime out his answers. Eventually, Tim realizes that they need to “speak his language”, which meant miming actions himself. He then pretends to enter an invisible box the Pokemon has taken refuge in, and mimes pouring a canister of gasoline onto it to get answers from the Pokemon. He even takes out a match and lights him on fire. This is a PG movie, parental guidance suggested!

That scene sounds like something I’d see in Goodfellas 2: Electric Boogaloo. Nevertheless, it’s one of the funniest scenes I’ve seen all year. When Detective Pikachu gets into dark humor, it is amazing. Now, the rest of the film’s attempt at humor is… okay. It isn’t great by any means, but when it goes to the dark side, it hits a home run.

Another high quality aspect of the film is the visual effects. Now, I’m sure there will be debate as there was with films like Christopher Robin and Ready Player One as to whether or not this is an animated film or not. I don’t really have an aggressive opinion on either side of this debate, but nonetheless the CGI in Detective Pikachu is quite impressive.

While there are a few moments where I could see an outline of the green screen behind the main character of Tim, the Pokemon actually do have fantastic designs. They opted for a look that made some of the Pokemon appear either adorable (Pikachu, Snorlax), threatening (Mewtwo, Greninja), or adorably threatening (Jigglypuff, Psyduck). This style is preferable when compared to that in Sonic the Hedgehog,  as the more realistic “hedgehog” in the movie looks like a blue rat that stole dentures from a retirement home.

There were also moments when it truly looked like the Pokemon were real. When it was raining, or when they used shadows and weird smoke effects, the Pokemon appear to actually be present, making it easy to forget the producers used CGI. It was quite commendable.

Sadly, the visual effects and the dark comedy are the only two things which are to be celebrated in the film. Moving onto the bad, the first big problem to talk about is the atrocious story. It is loaded with cliches from pretty much every single detective/noir film ever made, and every twist that it throws at you can be seen from a half hour away.

There are some idiotic things that I need to get into so I can fully explain how stupid the plot in this film is, so spoiler warning to all of those who haven’t seen the movie.

The first thing is the villain of the story—from the moment Bill Nighy of Love Actually and Pirates of the Caribbean: Dead Man’s Chest shows up, it’s so crushingly obvious that he is the bad guy. Not only does he have a British accent, but he is also a news mogul who built the entire city that the film takes place in. He eventually turns into a giant telekinetic cat god, but that would come into play later.

There is also perhaps the dumbest twist in a film since… ever? The worst part is that it isn’t even surprising. Halfway through the film I began to think, “Wait a minute, they haven’t shown his dad yet… that’s got to be a joke.” I  came to the conclusion that his dad would probably be played by Ryan Reynolds as some ridiculous ending.

Eventually, I began to think “What if this Pikachu is the kid’s dad? No, no, it’s too stupid. Even for this movie.” Well, it wasn’t too stupid, as it was  revealed at the end that Pikachu is actually Tim’s father.

This opens up a ton of questions. But, to keep it concise, the father was gravely injured, so Mewtwo, a giant telekinetic cat god, placed his mind in the body of his Pikachu and erased his memory. What exactly was in my popcorn?

This is probably the dumbest thing I’ve seen in a movie, not only this year, but ever. They don’t even make it a surprise, as the villain’s known end goal is to put every human into the body of a Pokemon. All these hints makes it incredibly obvious that the Pikachu is Tim’s dad, as well as the insinuation that the father isn’t dead throughout the entire film.

Going back to the plan of the villain, a huge plot hole was opened by the end of the movie. When Bill Nighy plants his body inside a Mewtwo, he turns everyone in the surrounding parade into a Pokemon. This includes Tim’s love interest, Lucy Stevens, who is turned into a Psyduck, which leaves her unable to say anything but Psyduck.

This twist begs the question, “How does Pikachu gain the ability to speak?” Maybe the Mewtwo did some magic, but this plot line just has so many glaring issues.

There are even more terrible aspects to the film: the characters are incredibly bland, the acting is decent at best, and the score is mediocre. However, it is surprisingly one of the better movies I’ve seen this year.

But, that’s more of a scrape at how awful this year has been for movies in general, because Detective Pikachu is definitely not a quality film. Despite a few high quality visuals and one or two big laughs, it falls flat in pretty much every other category. I wouldn’t waste time watching this movie, because Poke-man is it bad.