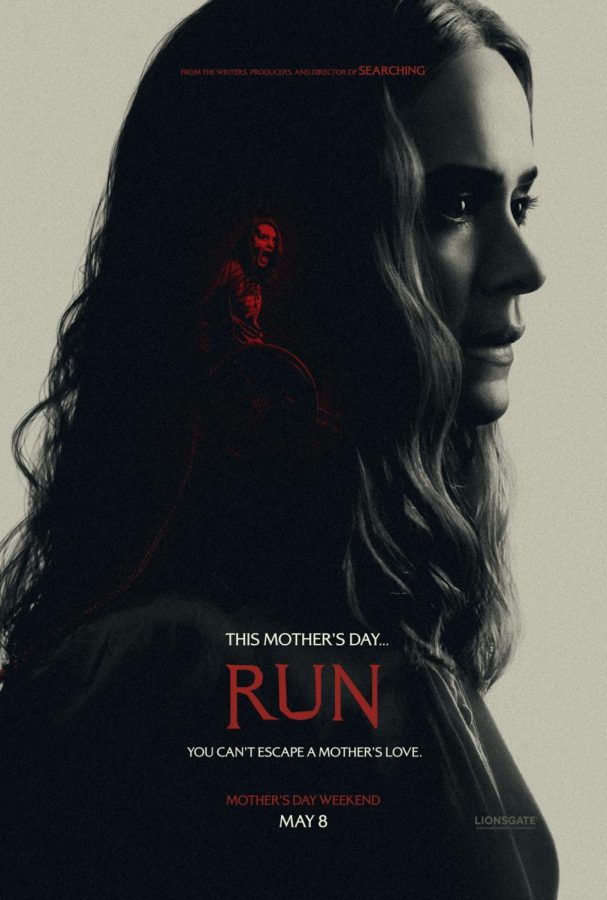 “Run” is a American thriller horror mystery film directed by Aneesh Chaganty. Ever since Aneesh Chaganty stellar directorial debut with movie ‘Searching (2018),’ film fans all around the world have been excited to see what he would tackle next. Did “Run” live up to the hype or was it a sophomore slump for Chaganty?

This will be a spoiler-free review, but if you want to go into the film completely blind, I recommend checking it out on Hulu and then coming back.

This film is carried by the performances of Sarah Paulson and newcomer Kiera Allen. Paulson is widely recognized as a phenomenal actress and going into the film I was worried that Allen wouldn’t be able to go toe to toe with her, but in every scene I think she jumped up to Paulson’s level and elevated the film even more.
Being a thriller, “Run” does a pretty good job keeping you on the edge of your seat for the whole runtime. You’re always wondering what’s going to be revealed next. During the first half hour, Chaganty really surprised me by the way he handled the horror aspects of the story. The movie really gave off Stephen King “It” vibes, whether that’s Allen’s character Chloe getting up at night to use the computer or just the smaller details in the back of a scene that unsettles you.

I do have some issues with the film. The excellent horror aspect of the film disappeared after about 35 minutes. Also, at about the half-hour mark, the first big twist is revealed. After that, the movie doesn’t take a breath for 45 minutes, and it halts the development of the daughter character Chloe.

By just adding 15 minutes to the runtime, you could have more of the thriller horror feeling back and really have a chance to flesh out Chloe’s character.

The script also didn’t do the movie any favors by having a huge exposition dump in the middle of the film that completely takes you out of the plot. And, when they finally start revealing answers to the questions you’ve been asking since the beginning, you discover that they’re very predictable.

It’s hard talking about the ending without spoiling the film, but I’ll say this: it wasn’t satisfying at all for me, and it kind of betrays the film’s theme.

“Run” is a solid thriller with great performances that doesn’t add much to the thriller genre. If you are into thriller movies or are a fan of Aneesh Chaganty’s previous work, I recommend checking this one out. I’m going to give this film a B-.