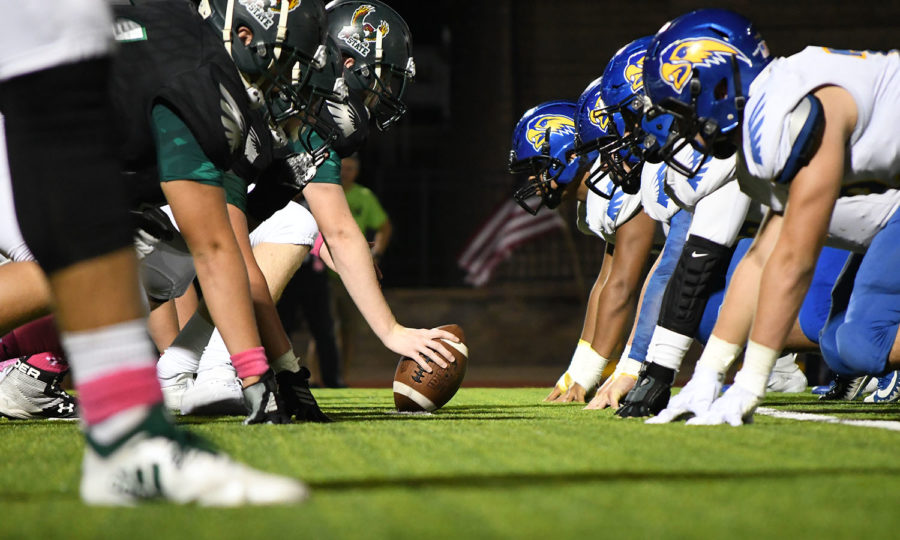 After beating Lawrence High School in the final game to complete an undefeated season, the Firebirds will take on a struggling Wichita North in the first round of the 6A State Playoffs.

The exact same series of events happened to end the previous regular season, too. Last year the Firebirds beat Wichita North by a score of 69-6, and most of the starters were out of the game by halftime.

Last season’s North team finished 0-8. This time around, the Redskins were able to secure two regular season wins—at Wichita South High School and Liberal High School—and revamped their offense to take advantage of their strengths, one of which is a massive offensive line.

“Our defense is going to have to buckle down and stop the run,” senior receiver L.J. Mack said. “I know they overload a lot and pull a lot of guards.”

On film, North seldom passes the ball, electing to use their strong run blocking and shifty backs to pick up yards in small chunks. They were able to break off long runs against Bishop Carroll, one of the top ranked teams in the Wichita area. Regardless, this one-dimensional attack yielded only 16.1 points per game.

Defense is where the opposing Redskins struggle, as they have no notable playmakers and have allowed more than 50 points three times in the regular season. Expect playmakers such as seniors Jax Dineen and Keenan Garber to break off some big plays.

It is worth noting that the Firebirds are dealing with a number of injuries to starters on offense and defense. Junior four-star tackle Turner Corcoran is out for the game to recover from a sprained MCL, and juniors Lovette Epelle and Malik Berry are questionable to play. Senior Jaxson Webb is expected to start at quarterback for the Firebirds.

Expect the 8-0 Firebirds to do just that.