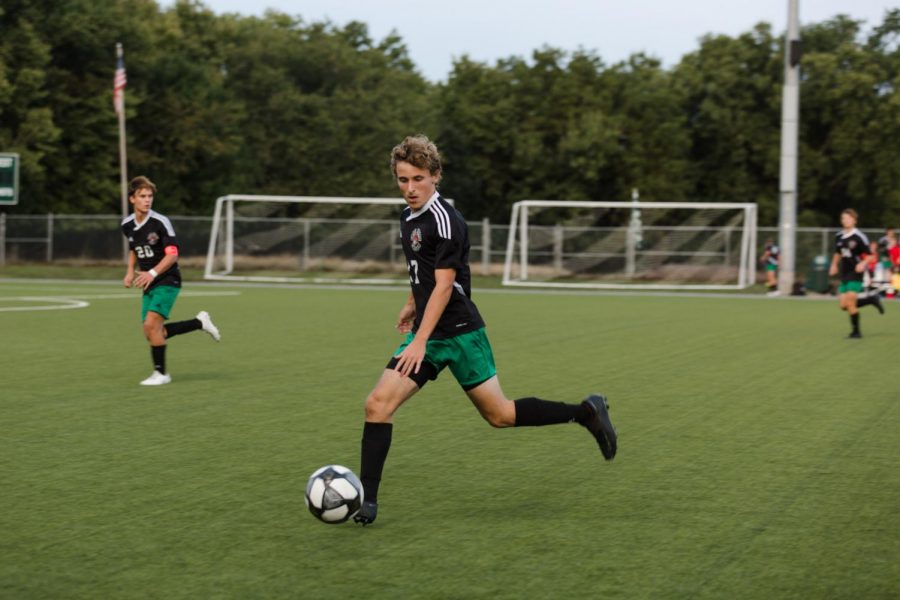 COVID-19 threw a wrench into teams’ routines during the fall season.

Athletes and coaches found themselves wondering what their season would look like or if they would have one at all after spring sports were canceled at the start of the pandemic. Each team faced unique challenges but athletes and coaches said they adapted.

“Most of the kids are just trying to do their best to be involved, stay active and play football,” football coach Kevin Stewart said in an October interview with The Free Press. “They’re trying to meet all the requirements to have a season and trying to stay healthy at the same time. Obviously they don’t control this. They’re just doing their best.”

Football faced difficulties with some players having to quarantine several times throughout the season.

While football was considered a higher risk sport by health officials, the volleyball program faced an added challenge of being indoors. Volleyball coaches and players prioritized following safety guidelines for all teams within the program.

“We wanted to set a positive example and express our responsibility as student athletes,” junior Madi Beeley said. “The volleyball program wanted to promote and advocate safety within our school.”

The volleyball team navigated the season without positive cases.

“It was incredible to watch my girls fight for the opportunity to play volleyball, and it truly inspired me every day when I went to practice,” Beeley said. “Honestly, the court was the only place most of us felt normal.”

Another indoor sport, gymnastics was also able to make it through the season without a positive case. The team rounded out its season by winning the 6A gymnastics state championship in Newton.

“What the girls were able to pull off was nothing short of impressive, particularly in the middle of a modern pandemic,” Head Coach Katrina Farrow said during the Nov. 23 school board meeting. “The fact that these girls did it — they put in the work and they put in the hours — they gave absolutely everything at a time when a lot of people might not have shown up.”

Cross Country has always had strength in numbers, often representing the largest roster among the Sunflower League and the 6A classification. This year was no exception.

COVID-19 risked turning the program’s defining asset into a liability. With 92 athletes, the team was wary of a potential outbreak.

“Logistically, we had to have a space large enough to accommodate our team,” assistant cross country coach Jordan Rose said.

The team used larger facilities for practices and meets to allow for social distancing. Athletes were required to wash their hands at the beginning of each practice and wear masks whenever they were not running, Rose explained.

The obstacles to completing a full season put the season into perspective for head cross country coach Steve Heffernan. In the end, the boys team won the state title.

”I truly cherish every day we have together,” Heffernan said. “That in itself is overcoming adversity.”

Heffernan and the cross country program were not alone in their reemphasized gratefulness for the opportunity to compete. Boys soccer also faced uncertainty of its season, in addition to an elevated risk of potential spread of the virus.

“We wore masks at all practices and on the benches during games, as well as on the buses,” senior Yoav Gillath said. “We had no team dinners this year in the interest of social distancing, and social distancing was enforced at our summer conditioning.”

As fall sports finished out their seasons, the appreciation student athletes felt for the opportunity to compete this year was evident.

“This was an unprecedented year, but it was the most fun season of my life,” Gillath said. “Although my class will miss out on a lot of senior traditions, I’m glad [seniors] didn’t miss the last season of our careers… I don’t know what we would’ve done without it.”