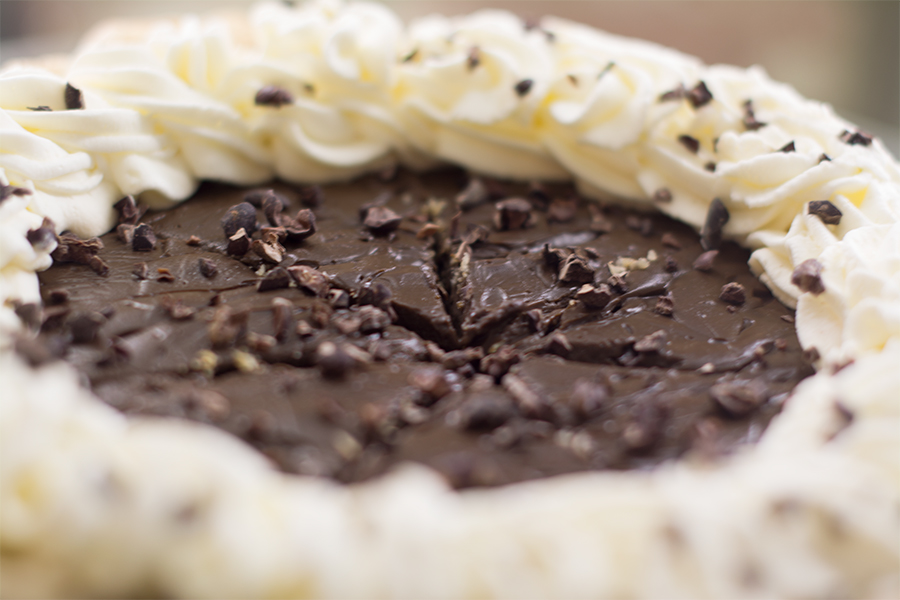 A chocolate cream pie in the display case cooler. Because of their staggered production scheduled, this pie took four days to complete.

When Ladybird Diner first opened in summer of 2014, Heriford had modest expectations for the popularity of her homemade pie.

“I thought ‘Okay we’re gonna make eight pies a day.’ And I thought that was so much pie.” Heriford said. “We were sold out in under an hour.”

The small diner was forced to adapt. Pie production went from eight to forty in the first week of business according the Heriford.

Despite the hasty bump-up in output, Meg is pleased with the fact that her and the other pie makers never abandoned her homemade methods. 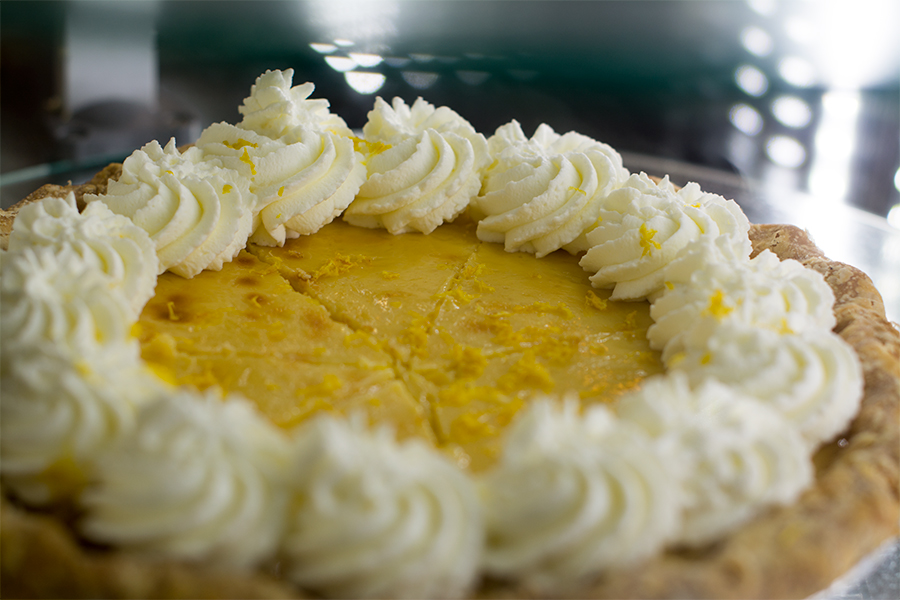